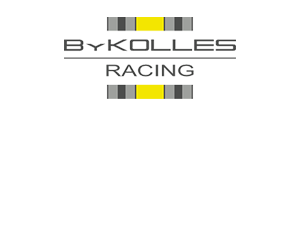 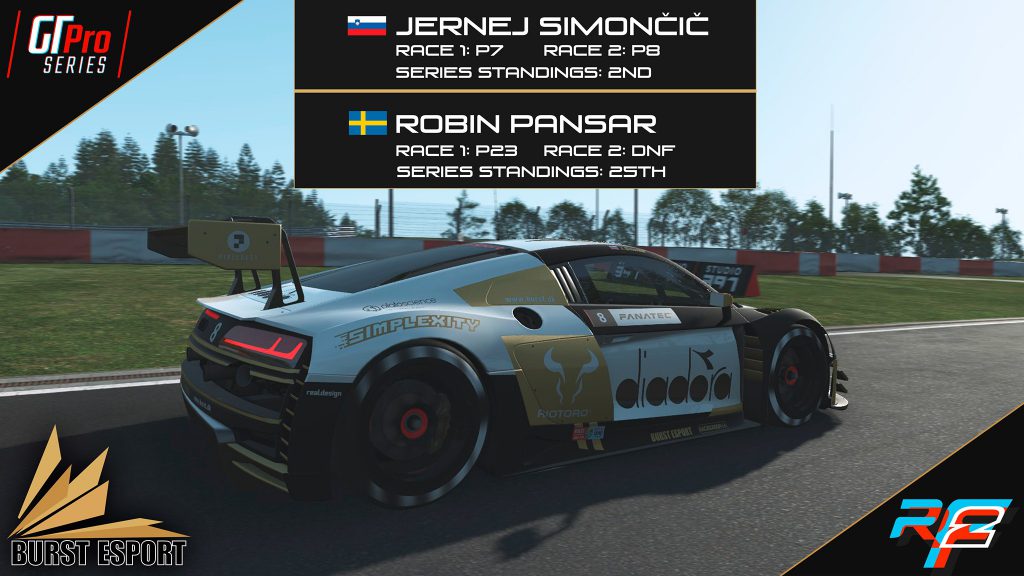 Robin Pansar and Jernej Simončič showed off the Burst colours in yesterday’s RFactor2 GT Pro Series, where the Nürburgring provided asphalt for round 2.

The sprint race started with Jernej in 8th position on the grid and Robin in 20th. Both got their elbows out to defend their positions and for our Swedish driver, it wasn’t possible to keep everyone behind and he finished P23.
Jernej was defending for the majority of the race too but managed to pick up P7 at the end.

Due to reversed grid of the top 10 finishers, Jernej were starting P4 and once again he had to defend from the fast McLaren and BMW’s in the early part of the main race.
Around halfway through the 45 minutes of racing, he was sitting in P5 with a few seconds to the car behind. Robin, unfortunately, had some technical issues that forced him to retire the car.

On the final lap, Jernej caught Hany Alsabti and tried to overtake him around the outside in turn one, but a rare mistake saw him locking the rear brakes and instead of gaining a position, he lost three.
The Slovenian driver crossed the finish line in 8th position and that result means that he’s up to 2nd place in the standings, just 4 points behind Hany.

Round 3 of the series will be in just two weeks time at Virginia International Raceway.