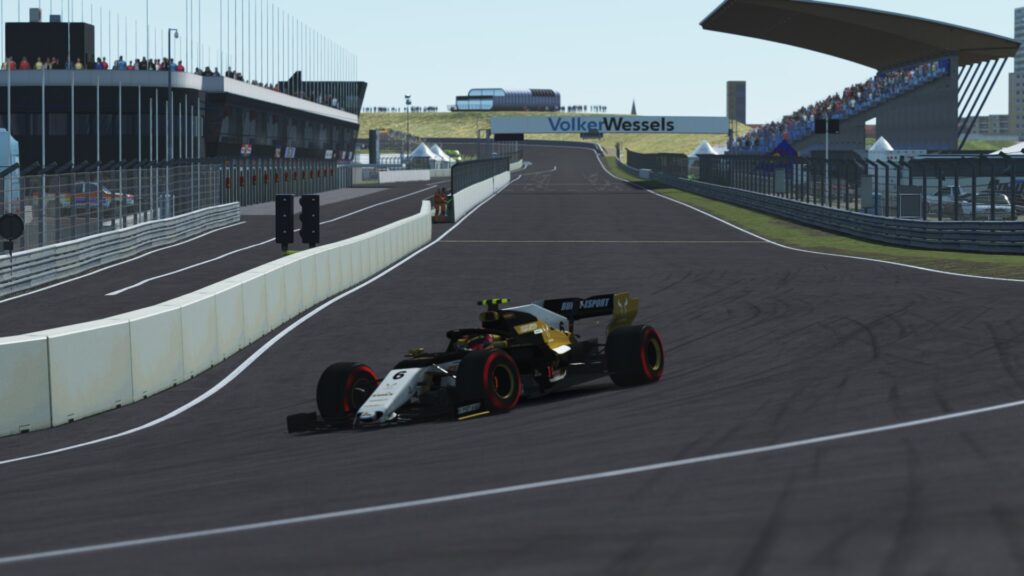 Zandvoort set the scene for the 8th round of the 2020 Formula SimRacing World Championship.

After taking his third race win of the season, Jernej Simončič could seal his second world championship title. To do so he would need to get 22 points more than championship rival Petar Brljak.


Jernej qualified in second place before took the lead, in turn, one after a brilliant start.
Michi Hoyer started in P16 due to technical issues which meant he wasn’t able to set a competitive lap time in qualifying. Dawid Mroczek line-up from 6th on the grid while Robin Pansar started from 10th.


Jernej was controlling the race, but on lap 17 he suffered a disconnection to the server which meant he was out of the race. Robin didn’t finish the race either.


Despite getting a DNF, Jernej is still leading the championship, but the gap to Brljak is down to just 11 points with two rounds to go.
The penultimate round of the 2020 Formula SimRacing World Championship takes place at the 26th of July where Suzuka is hosting what could a possible championship decider.