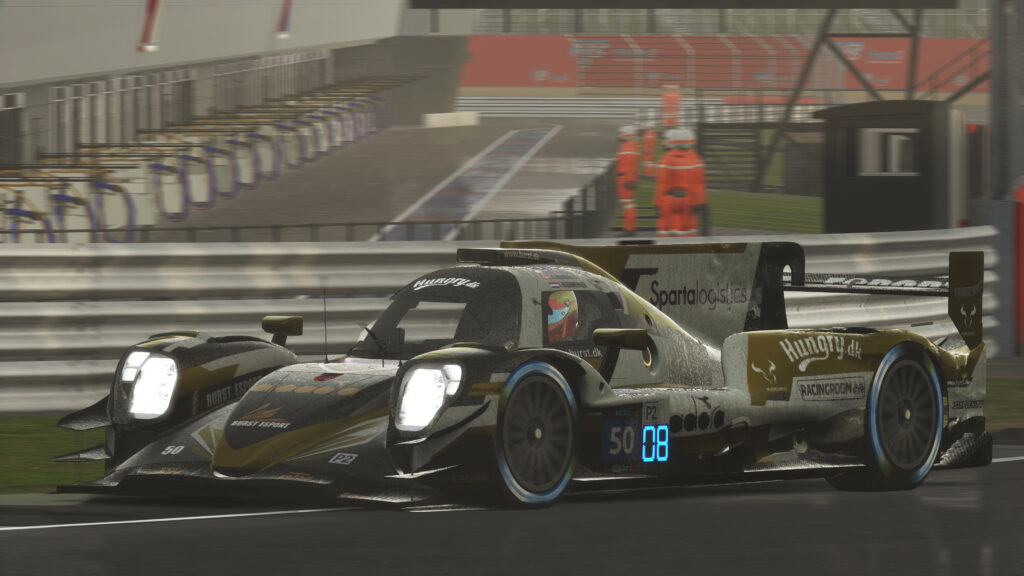 On Saturday the 3rd of October, we made our debut in the Virtual Endurance Championship when the 8 Hours of Silverstone kicked off season 13 of the official rFactor 2 endurance series.

The Burst Edge Esports and Burst Esport SimPlexity car started the race from third and fourth in class with our third car, the no. 50 Burst Esport Hungry.dk starting from tenth.
Weather conditions can be a huge factor in racing and the first round of VEC showed to be a race with rain through all eight hours.

Dennis Jordan and Alex Siebel, who won the series 2 years ago with Jernej Simončič, had great pace, but more importantly, their consistency was what made them stand out from their competitors. Throughout the race, they had great battles with Nitor Velox, but at the end, Dennis and Alex stood out with their consistency and great pace which saw them secure their first win of VEC season 13.

Michi Hoyer and Dawid Mroczek did not have an easy season opener. Despite qualifying fourth and having pace similar to Dennis and Alex, a software issue gave them significant damage to the car which cost them lots of time in the pit. They didn’t give up and managed to recover and finish in P7 after being dead last, due to the damage repair.

Casper Henningsen, Rasmus Andreasen and Joao Pitaes had their issues as well. They spent most of the race driving by themselves after getting their strategy compromised by a code 80(Full course yellow), but their pace suggested that they could have finished higher than they did. P8 for Burst Esport Hungry.dk.

A mixed race and very wet race which required the drivers to great car control and there was great signs all way around. We are leading the championship and we look forward to round two with the 6 Hours of the Nürburgring on the 14th of November.