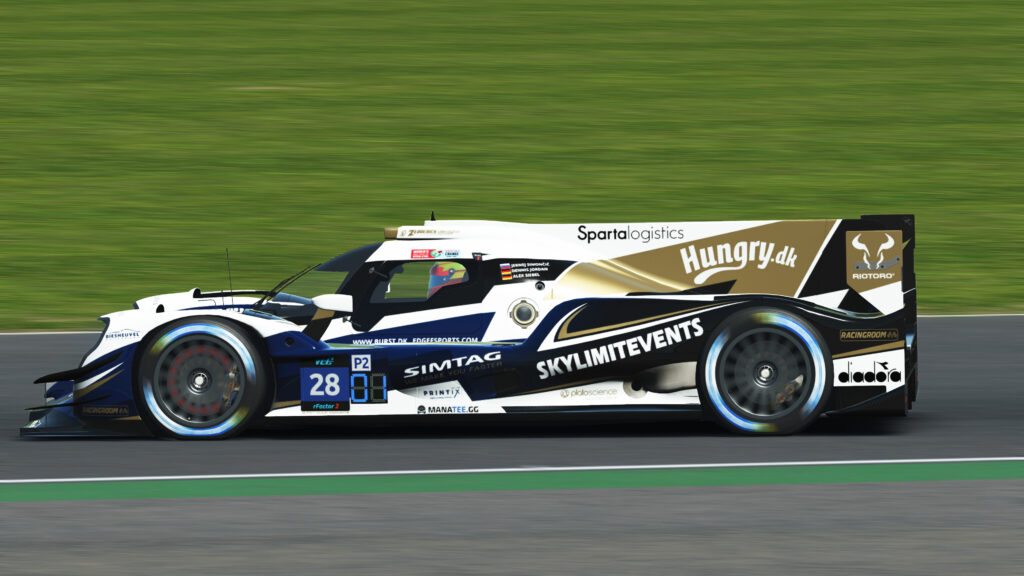 The time has come to announce our line-up for the upcoming season in the Virtual Endurance Championship. In total, we will be entering three cars, all in the LMP2 class. The first entry is a bit different from the other two.
Burst Esport and Edge Esports are collaborating in a shared LMP2 entry for the upcoming season of the Virtual Endurance Championship!

Jernej Simončič, Alex Siebel and Dennis Jordan will be behind the wheel of the #28 Burst Edge Esports entry throughout the season.
Having previously won the championship together in 2019, the trio most recently finished runner-up in last season’s Hypercar class.

After a long summer break from endurance racing, switching back to their championship machinery, all three drivers are as motivated as ever to fight their way back to title glory in rFactor 2’s premier multi-class series.

The established collaboration between Burst Esport and Edge Esports and all their partners sets the team up perfectly with immense depth behind the scenes to go for one shared goal: Win the Virtual Endurance Championship.

While preparations are already underway and a pre-season test soon to be held, the season officially kicks off on October 3rd with the 8 Hours of Silverstone. We can’t wait to get out there together racing through day and night all around the virtual world!